This is simply a geeking-out post, so excuse the hyper undertones and enjoy!

First of all, Jane Eyre: Writer's Digest Annotated Classics with Annotations by K.M Weiland is available on Amazon (and earning great reviews so far). Author K.M. Weiland looks at this beloved classic through the eyes of a writer and discusses technique, character development, symbolism, and much more. This is going to be a must-have; I can't wait to get my hands on this book!! (Click here to view on Amazon) 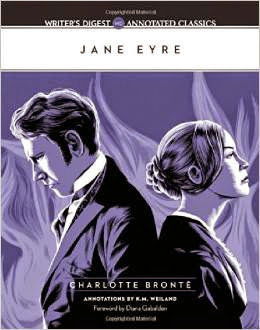 Second, The Jane Austen Centre has constructed a life-size wax model of Jane Austen, using her nephew James Edward Austen-Leigh's first hand account of Austen as well as other accounts.

"Her figure was rather tall and slender, her step light and firm, and her whole appearance expressive of health and animation. In complexion she was a clear brunette with a such colour; she had a full round cheeks, with mouth and nose small and well-formed, bright hazel eyes, and brown hair forming natural curls close round her face." 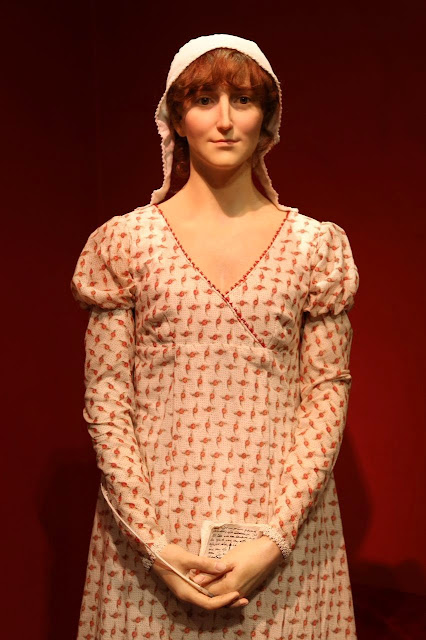 I got chills when I saw this - you all know how much I love Jane Austen's works!
(Think she's holding the start of a book in her hands? Which one do you think it is? Hehehe!)
Posted by Sarah Coons at 2:48 PM 1 comment:

If you're into superheroes, Marvel comics, and frankly hunky men (or if you've simply perused the latest headlines), you might have seen that Marvel character "Thor" is no longer a male in the comic books. 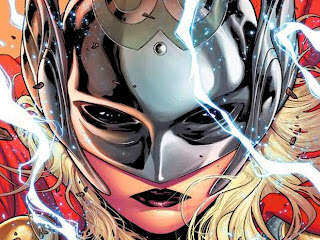 When I clicked on the original headline on FoxNews about Thor becoming female, I was initially angry. I'm not saying I'm against feminism or strong female characters (look at my latest work-in-progress and Pinterest boards to verify), but frankly I'm sick of the obsession to cater to female audiences just because…they're female. Does anyone else see a slight problem in this?

However, upon doing a little more research, turns out the male character of Thor supposedly is to lose his ability to wield the hammer, and a female picks it up. While it has been noted the writers wanted to cater a bit to the audience of today and there are many gaps still to be filled, this storyline seems straightforward.

If the character of Thor had been completely replaced by a woman, erasing the male existence that's been with us since 1962 just because "there aren't enough female superheroes," I would've been greatly disappointed. (Which, by the way, there are at least over a hundred listed on Wikipedia from comics and television). However, I'm tentatively excited to see how this will play out, how others will respond, and if this will spill into the Marvel Studios movie franchise.

I intend to write more posts concerning views on heroines in the future, and I fully understand that others might not agree with me. That's great — we can't all think alike or there would be nothing to talk about. I'd love to hear your opinions in the upcoming posts, so feel free to leave comments here on the blog or on my pinterest account (also vote on the poll!). Just keep it civil, peeps ;)

So…what do you think about Thor's character change?

(I wrote an article on News for Shoppers that highlights what little detail we have been given from the Marvel Editor in Chief concerning the new female Thor. You can read it here.)
Posted by Sarah Coons at 12:19 AM No comments: